At the sprawling Bel-Air estate of oil tycoon Howard Keck, his wife Elizabeth often played cards in a side room decorated with fine art. One of the artworks hanging on the wall of this room was a painting by Swedish impressionist artist Anders Zorn (1860-1920) entitled I Fria Luften. For almost three months, Elizabeth felt a vague subliminal uneasiness about the painting that she just couldn’t put her finger on. Finally, she did put her finger on it – on the canvas itself, and suddenly realized she was touching a photograph rather than the oil painting that was supposed to be in the elaborate gilt frame.

The theft was an obvious inside job by a person who had regular access to the painting. Someone took a high-quality photo of the painting and then had a custom lab blow up the image so that it would exactly fit the existing space for the stretcher and frame.

Detectives learned that three months earlier, the family butler had unexpectedly quit his job with the Kecks. Rune “Roy” Gunnar Donell, 61-years old, who had been a faithful employee at the estate for 11 years, announced that he was leaving because he needed surgery. He and his wife Christina, who was a cook at the estate, left at the same time. Elizabeth offered to pay for Roy’s surgery if he and Christina would stay, but they refused. Elizabeth remembered that Roy, who was a Swedish national, often admired the Zorn painting and commented that it would bring a high price in Sweden.

With the assistance of Interpol and the Swedish police, detectives attempted to trace Roy’s activities during his frequent flights back home. Detectives learned that almost a year ago, Roy Donell had appeared at a Swedish auction house called Beijars Auktioner, Scandinavian Art and Antiques AB. Roy auctioned off a painting entitled Fete Gallante by French artist Sebastien Jacques Le Clerc. Elizabeth Keck was contacted and verified that she owned the Le Clerc painting which was given to her as a gift. After talking to detectives, she searched for it and discovered it was also missing.

Swedish authorities learned that after collecting his money for the painting, Roy showed the auctioneers a photograph of a painting entitled Kvinna Klaer Sitt Barn (Woman Dressing Her Child). Detectives learned this was another title for Zorn’s I Fria Luften oil painting. Roy told the auctioneers that if they were interested in purchasing it, he could come back with the painting. Six months later, Roy arrived in Sweden accompanied by a woman of Latin appearance. Roy was met at the airport by the directors of the Swedish Auctioneers Office. He had the Zorn painting with him and consigned it for sale through the same auction house. Based on the date that Roy arrived in Sweden with the painting, detectives calculated that the bogus photo reproduction of the painting had been hanging in the Keck residence for five months before the theft was discovered.

Detectives arrested Roy before he could flee the area. He was held on $500,000 bail. During a search of his West L.A. apartment, detectives found evidence of money transfers from the sale of art belonging to the Kecks. Cameras and negatives depicting paintings were found along with a paper identifying Roy as a freelance photographer. There was also a receipt from a storage yard in Redondo Beach. When detectives called the manager at the storage yard, they learned that Roy stored a 25-foot motor home at the location. Roy tried to convince the detectives that he sold the motor home.

When detectives served a search warrant on the motor home and shimmied through a side window, they found two additional blowup photos of the Zorn painting, similar to the one found in the frame. Detectives were surprised to find another blowup photo, the exact size of a painting hanging in the Keck residence. The painting was entitled Ducks on the Banks of a River by German artist Alexander Koester (1864-1932). Detectives quickly contacted Elizabeth Keck to make sure the original painting was still hanging on the wall. Luckily, it was. It appears that Roy, emboldened by the success of his two earlier “acquisitions,” was planning to remove still another painting from the Keck residence, replacing it with a photograph.

Roy Donell was prosecuted for two counts of grand theft. As the start of the trial approached, prosecutors had no idea what defense Roy could possibly wage to counter the avalanche of evidence against him. However, the District Attorney’s Office soon learned that Roy was going to use a novel tactic. The Kecks were embroiled in protracted divorce proceedings at the time of the theft. During the monthlong trial, Roy admitted selling the two paintings in Sweden but claimed he was acting as an agent for Elizabeth Keck to sell assets without Howard Keck’s knowledge. Roy claimed he gave most of the money to Elizabeth, keeping $90,000 as his commission.

Elizabeth declared Roy’s assertions as “ludicrous” that she would conspire with her butler to sell the paintings and then report her discovery of the stolen paintings to the police. But enough doubt had been placed in the minds of the jury for them to acquit Roy of the charges. Some jury members later stated that the prosecution had simply not proven the case against Roy “beyond a reasonable doubt,” which is the stringent burden of proof in criminal cases.

The Swedish government refused to return the paintings, claiming that according to Swedish law, the auction buyers had purchased the paintings in good faith.

We represent Insurance Companies to make it easy for you to protect the things you collect.

Homeowner’s insurance alone does not provide enough coverage for your treasured items. That’s why our collector’s policy is the perfect complement to your standard personal lines products. It enables you to protect the full value of your collections in the event of a total loss.

One man’s trash is another man’s treasure.

For one investor that dream came true. The painting ‘Salvator Mundi’ believed to be painted by Leonardo da Vinci purchased for £45 just sold for $450 million. So, is investing in art a good way to get rich quick? And how should you proceed? “with extreme caution” say financial advisors.

While stories like the recent Leonardo da Vinci sale and endless Antiques Roadshow episodes make it seem very attractive to invest in paintings and objets d’art, such cases are relatively rare. What you get back is based on supply and demand and there are big movements upwards or downwards if particular works or artists come in or out of fashion.

Attending a neighborhood garage sale or popping into a local thrift store can leave a lot to be desired. After sifting through dented furniture, chipped ceramics, and strange art, one is often left feeling that the presented merchandise is worthless. But if you are lucky enough, you may just find a diamond in the rough.

The high sale price of the Leonardo painting was not typical, a recent academic study, based on examining data from 1.2 million auction house sales of paintings, drawings and prints, concluded that art appreciated in value by a modest 3.97% per year, in real US dollar terms, between 1957 and 2007.

Given the current environment of low interest rates, that’s still a better return than many savings accounts will give you. Paintings are seen as attractive investments because it’s very clear what you’re buying. Part of this is driven by investors’ desire for “real assets”.

Many investors lost money in the financial crisis by investing in products they did not understand, they are turning back to things such as art. Wealthy clients spend an increasing part of their wealth on art and collectibles.

You don’t necessarily have to be super-wealthy to invest in art.

The ArtInsuranceNow.com sponsored 2017 Spring Affordable Art Fair was an excellent example of great works of art that are accessible.  There are a growing number of art fairs and online marketplaces such as Artfinder aimed at buyers with a more modest budget.

The Affordable Art Fair (AAF), which started out in London’s Battersea Park in 1999, now holds fairs in more than 10 cities around the world. But while it may be becoming more affordable, just don’t bet on becoming a millionaire yourself.

With a keen eye and a lot of luck you may come across a valuable find but most art industry experts suggest that you buy a piece of art because you like it, not because you want to get rich. “If it goes up in value that should be just an added bonus.”

Protect your valued finds by visiting us at ArtInsuranceNow.com, voted a 2017 Top Broker and listed as the “Cream of the crop” in our respective area of Art Insurance by Insurance Business Magazine. We can help with all Art related insurance requirements. Apply here or Contact William Fleischer CIC at 800.921.1008 to discuss your unique situation.

I am insuring a dealer in Indian Art who specializes in Prehistoric Art.  He reminded me that Long Island in NY had one of the largest concentrations of Arrowheads.

Addressing the Insurance coverage for those Art items which you care for, I have a very special understanding of the risk of damage, theft while in the home or in a Exhibitions.

Art Insurance policies are not all the same. Some are written through LLOYD S of London, AXA Art, Travelers Insurance Company to name a few players.  The Art Insurance company will include Transit by Sea, Air & Land. Coverage is usually extended to a Storage facility or the final destination.

To have these items insured, the underwriters in most cases will require a condition report if in long-term storage or if newly purchased, a bill of sale or appraisal.
Visit ArtinsuranceNow.com to complete the Collectors application to cover your prehistoric, Modern and contemporary art. 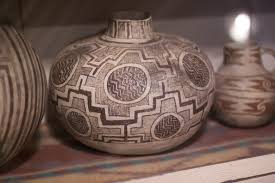 Travelers offer unparalleled coverage for the protection of scheduled fine art items. Coverage for such fine art is available at a permanent location, in transit or while loaned to others. Our Agreed Value Fine Arts Policy ensures that fine art collections are insured under a form that addresses the needs for that collection, while also making breakage coverage, special pairs and sets coverage, and flood and earthquake coverage available.

For significant corporate collections of fine art, or for artwork and collectibles in commercial settings, we offer comprehensive fine art coverage under which a broad spectrum of paintings, sculptures, prints and multiples, and more specialized collections of historical, cultural or technological significance can be insured.
Who needs it

Corporations and commercial accounts may have valuable works of art not specially covered as fine art under standard package policies that can be insured under our fine art coverage.

We are your trusted choice broker. We work with "A" rated Insurance Companies to ensure art collectors, galleries, museums, dealers, artists and auctioneers that their works are properly taken care of.